I said before that Texas was the last place on earth I thought I would live. Then last night I had a nightmare about moving away. That’s when I realized how much my opinion had changed in the 14 months since we moved here. So here are the top 5 things I like about Texas 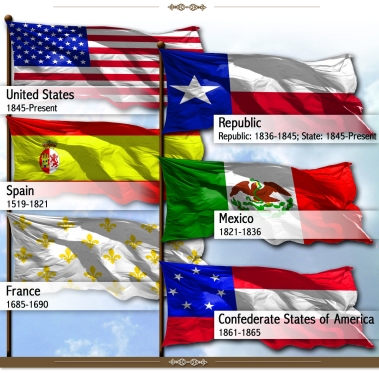 I think Texas is the only state to devote a year to studying its own history. This is partly because it is the only state to have ever been a republic in its own right: thus the ‘lone star’ in the Texas Flag. I am lucky that we moved here in time for grade 7 so I was able to learn about Texas History at the same time as my son. It can be quickly summed up by the slogan “Six flags over Texas”. The slogan used to describe the six countries that have had sovereignty over some or all of the current territory of the U.S. state of Texas: Spain (1519–1685; 1690–1821), France (1685–1690), Mexico (1821–1836), the Republic of Texas (1836–1845), the Confederate States of America (1861–1865), and the United States of America (1845–1861; 1865–present). Though perhaps this would be better described as seven flags since before the Spanish came Texas was densely populated by a wide variety of Native American Tribes each adapted to specific environment of the different geology and geography across the massive area that is Texas.

Texans are really friendly people. Not surprising perhaps since the state motto of Texas is simply “Friendship.” I love the fact that the name Texas is derived from the word “teyshas” (meaning friends or allies), from the native American Caddo language. I have found that in general Texans are a friendly and proud people. Most distinctively they love their state. Many would say they are Texans first and Americans second. The Lone Star Flag is seen everywhere alongside or instead of the stars and stripes.  The Texans I meet are always keen to share Texas delights with me whether it is food, music or the stunning landscape. The Texans I have met who moved away told me how much they missed it and had to come home.

Yes I like the Texas heat, the wild thunderstorms (even with the lightning and flooding) and the way the weather can switch in minutes from hot to cold. Any place that is warm enough to have an outside pool is fine by me. But here in Texas the toe-burning-shade-seeking-heat makes the having a pool even more wonderful. Can’t tell you how awesome it feels to dive in to the cold clear water out of the sticky humidity. 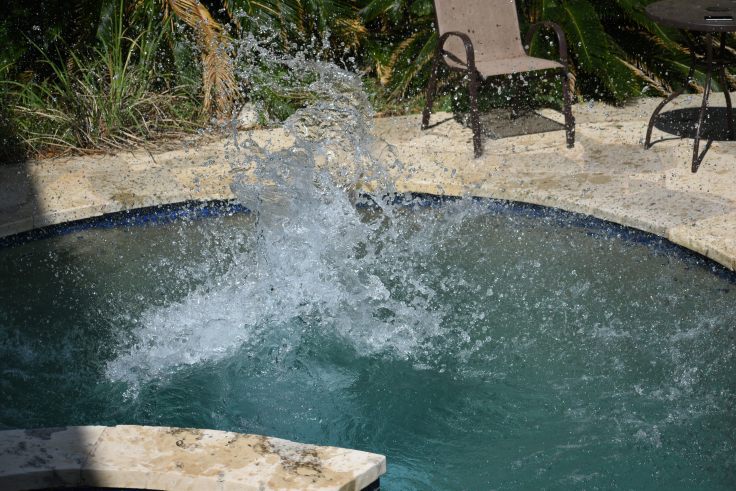 This has a number of effects. Firstly the food. So much delicious fresh fruit and vegetables come over the border from Mexico and this is used to make the distinctive ‘Tex-Mex’ cuisine which blends Mexican and Texan influences. It’s a bilingual state. In some areas the supermarket signs are all in Spanish and thats completely how people converse. Moreover, if you ring anywhere you are always given the option of switching to Spanish. I am fascinated by how different languages allow us to think about the world in different ways. Because of this I loved being in Wales and constantly seeing in the dual language two views of the world. It’s great to find this dual perspective again here. Though at the moment my Welsh is better than my Spanish – which is saying something!

5. It’s huge! As big as a number of European countries combined. That means, as well, that Texas has a vastly diverse landscape. You can stay in Texas and see anything from lush greenery, to mountains, to deserts and beaches. And  of course it has that long Mexican border along the Rio Grande. 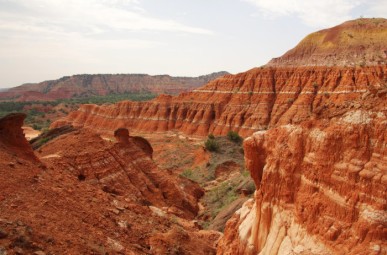